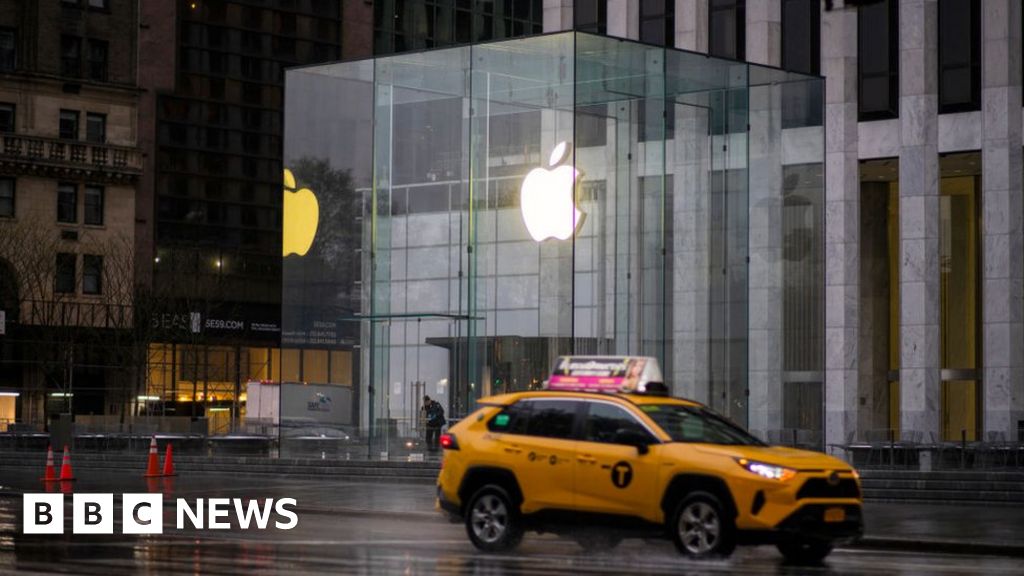 Apple saw growth for the first three months of the year, as falling device sales in China were off-set by a rise in sales of streaming services due to the coronavirus lockdown.

Apple boss Tim Cook said the firm saw a “record for streaming” and “phenomenal” growth in the online store.

He added that “China is headed in the right direction”.

Despite the coronavirus lockdown hurting iPhone supply and demand for devices in China – a major market for Apple – during February and March, Mr Cook told investors in an earnings call on Thursday: “I don’t think I can remember a quarter where I’ve been prouder of Apple.”

However, its wearables, home and accessories division – which produces the Apple Watch – rose 22.5% to £6.3bn, while services – such as subscriptions to Apple Music and Apple TV – jumped 16.6% to $13.3bn like-for-like.

Mr Cook said Apple was in a strong position and that its supply chain was “robust” and was “back up and running at full-throttle at the end of March”.

“While we can’t say for certain how many chapters are in this book, we can be assured that the ending will be a good one,” he told investors.

Apple said it would not be issuing forecasts for the following quarter, given the ongoing uncertainties of the lockdown.

“Growth of 1% in this environment is impressive, particularly given some of the extent of Apple’s exposure to the earlier lockdowns in Asia,” said Mr Wurmser.

“The biggest bright spot for Apple was services, which grew 17% year-over-year. As people spent more time on their phones while locked away at home, they clearly were spending more money in the App Store and on some of the subscription services offered by Apple, including Apple Music and Arcade.”