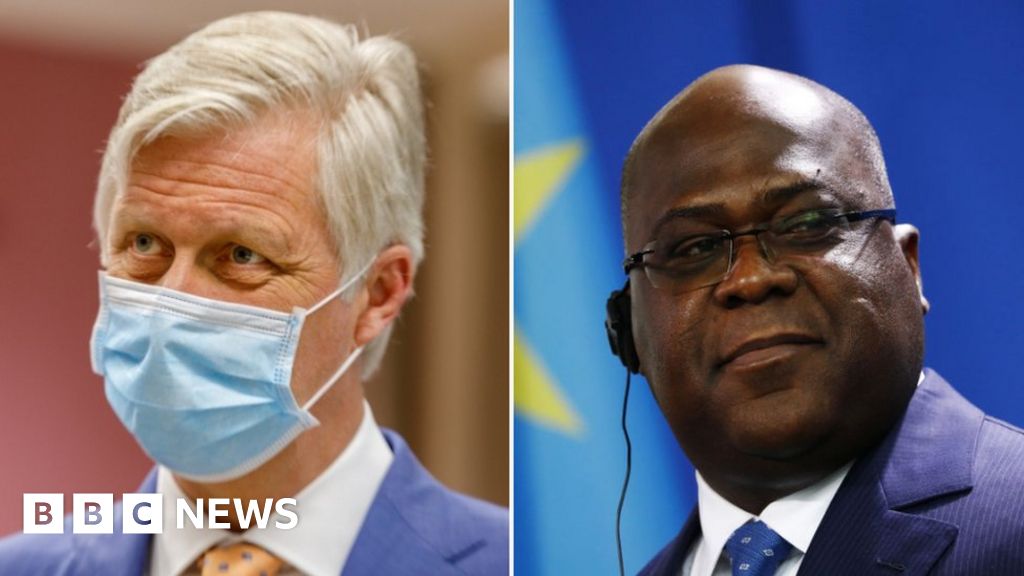 Belgium’s King Philippe has expressed his “deepest regrets” to the Democratic Republic of Congo for his country’s colonial abuses.

The reigning monarch made the comments in a letter to President Felix Tshisekedi on the 60th anniversary of DR Congo’s independence.

Belgium controlled the Central African country from the 19th Century until it won its independence in 1960.

There is a renewed focus on the European nation’s history after the death of George Floyd in police custody in the US and the Black Lives Matter protests that followed.

Thousands of Belgians have demonstrated in recent weeks and officials across the country have removed statues of Belgium’s colonial leader King Leopold II.

More than 10 million Africans are thought to have died during his reign.

What did King Philippe say?

This is the first time a Belgian monarch has formally expressed remorse for what happened during the country’s colonial rule.

In a letter sent to President Tshisekedi and published in Belgian media, King Philippe praises the “privileged partnership” between the two nations now.

But he says there have been “painful episodes” in their history, including during the reign of King Leopold II – who he does not directly name – and in the 20th Century.

“I would like to express my deepest regrets for these injuries of the past, the pain of which is now revived by the discrimination still too present in our societies,” King Philippe wrote.

“I will continue to fight all forms of racism. I encourage the reflection that has been initiated by our parliament so that our memory is definitively pacified.”

King Leopold II was granted personal control over huge areas around the Congo river basin – what would become known as the Congo Free State.

The country lasted from 1885 to 1908. During this period more than 10 million Africans are thought to have died of disease, colonial abuses, and while working on plantations for the king.

Conditions became so terrible other countries exposed and condemned the atrocities. King Leopold II gave up direct control in 1908, and Belgium formally annexed the country, renaming it the Belgian Congo.

Colonisers continued to use Africans as wage labour and tried to turn it into a “model colony”. Widespread resistance eventually led to the nation winning its independence in 1960.