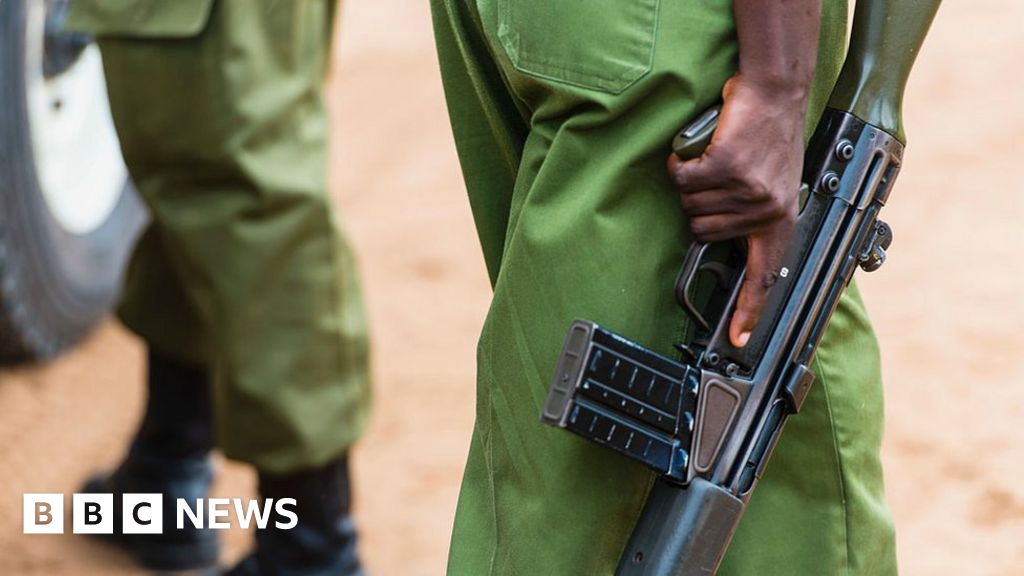 Two police officers in Kenya have been arrested in connection with a shooting in which two people were killed.

The shooting happened at Soko Ng’ombe market in eastern Garissa county on Saturday, during a protest against the arrest of a man suspected of murder.

The two victims have been named as Aden Abdi Madobe and Muhiyadin Adow Shibin.

Kenya’s police watchdog has launched an investigation into the shooting. It will include “forensic analysis” of the officers’ guns.

Campaigners have raised concerns about policing during the pandemic.

According to Amnesty International, Kenyan officers have killed 21 people since March for failing to comply with coronavirus prevention measures such as curfews and mask-wearing.

Earlier this month police in the capital Nairobi fired tear gas and arrested several protesters taking part in the annual Saba Saba march – a protest event which started 30 years ago against the autocratic regime of then-President Daniel arap Moi.

Correspondents say this year’s event was given extra impetus by anger over police crackdowns during the Covid-19 lockdown.