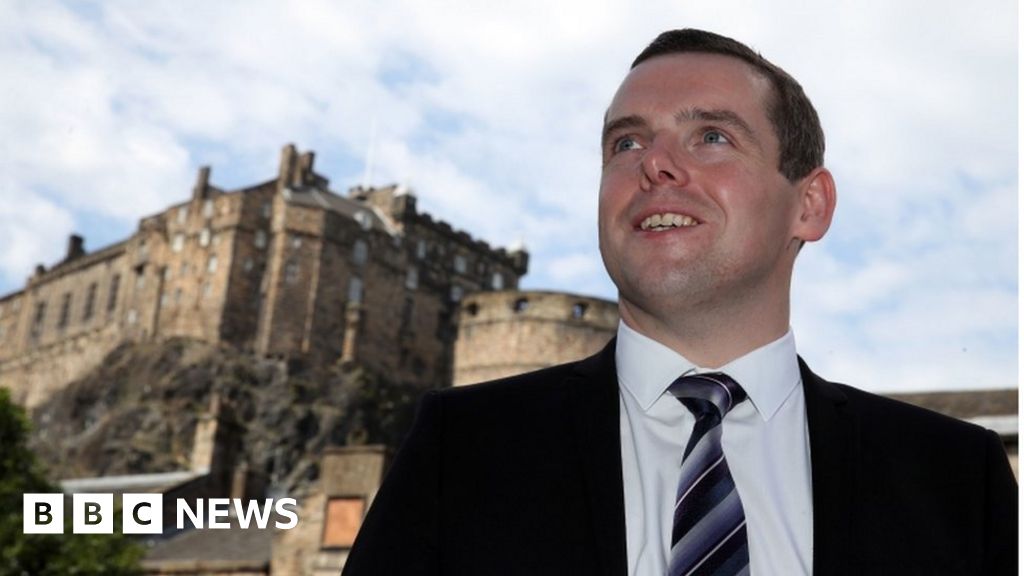 Douglas Ross has been confirmed as the new leader of the Scottish Conservatives.

The Moray MP was the only candidate to have put their name forward to replace Jackson Carlaw.

With nominations closing at noon on Wednesday, he has won the leadership without a contest.

Former leader Ruth Davidson has agreed to stand in for Mr Ross at First Minister’s Questions until next year’s Scottish Parliament election.

He then hopes to win a seat at Holyrood – but has said he has no plans to quit the House of Commons before the next general election.

He said he had come to the “painful” conclusion that he was not the right person to put the case for Scotland remaining in the UK.

And he said that a “younger and fresher voice” was needed to lead the party into May’s election, when the Conservatives – who are the second-largest party in the Scottish Parliament – will be aiming to prevent the SNP forming another pro-independence majority.

In an interview with BBC Scotland on Monday, Mr Ross insisted that Mr Carlaw’s sudden departure was not a “stitch-up” and did not involve anyone at Westminster.

Mr Ross is seen as a close ally of Prime Minister Boris Johnson, despite opposing Brexit in the EU referendum.

But he resigned as a Scotland Office minister in May over Dominic Cummings, the PM’s chief adviser, refusing to quit for making a trip from London to Durham during the coronavirus lockdown.

When asked if he would speak up against the UK government if they went down a road he did not agree with, Mr Ross said: “Absolutely, I think you’ve seen that very clearly to the extent I gave up a job, that I thoroughly enjoyed doing, in the Scotland Office.

“As leader of the Scottish Conservatives I will not be a member of the government and I won’t be part of collective responsibility.”

Mr Ross has already said he will set out an economic plan for recovering from the coronavirus crisis within the first month of becoming leader.

He added: “People in work and out of work are struggling, and that’s why I’m focusing on the economy.

“It is a fresh leadership for the Scottish Conservative and Unionist Party and that’s something I’m keen to get with my strong team that’s in place and the stronger team we’re going to have in place after the next election.”

The MP also wants to hand more powers to local authorities, accusing the Scottish government of carrying out a “power grab” from councils over the past 13 years.

As he has ruled out backing calls for a second independence referendum, saying: “We had that vote six years ago and we were told it was a once in a generation event. What I want to do is leave that in the past.”

Mr Ross was previously an MSP for the Highland and Islands region before leaving Holyrood to become an MP by defeating the SNP’s Angus Robertson to win the Moray seat in the House of Commons in 2017.

She added: “I think he is the best person for the job. I am backing him, and doing all I can to help.”

Ms Davidson is due to leave the Scottish Parliament at the next election, when she will take a seat in the House of Lords.