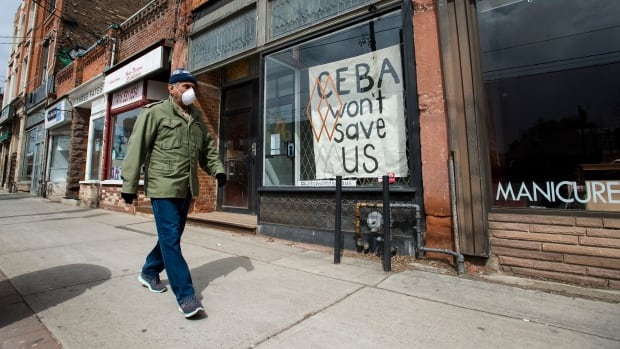 As a second wave of COVID-19 takes hold in some parts of the country, Canadians struggling with the fallout of the pandemic are now able to start applying for two new benefits available from the federal government.

Starting Monday, people can apply through the Canada Revenue Agency (CRA) for a new sick leave benefit and a new caregiver benefit for those forced to take time off work to care for a dependent because of the pandemic.

The benefits come after legislation creating them was rushed through the House of Commons last week. Bill C-4 replaced the now-defunct $500-a-week Canada emergency response benefit (CERB), which came to an end after helping almost nine million Canadians weather the impact of the pandemic.

The first benefit available Monday is a caregiver benefit targeting people with young children forced out of school or daycare settings due to the virus. It provides $500 a week for up to 26 weeks to those with children under 12 who can’t work more than half-time due to pandemic-related caregiving responsibilities.

The benefit, which is only payable to one worker in a household, is also available to those who can’t work because their children or a family member is sick, has to quarantine or is at high risk of COVID-19.

The second benefit is a two-week paid sick leave worth up to $1,000 for workers who can’t work more than half the week because they have contracted COVID-19 or have an underlying condition that puts them more at risk of the illness.

Meanwhile, figures provided to CBC News by the CRA show Canadians have made more than 830,000 repayments of COVID-19 emergency aid benefits to which they were not entitled.

The figures include repayments from recipients of CERB and the Canada emergency student benefit (CESB). CRA said all of the repayments were voluntary.

The owner of a Toronto restaurant says his business would struggle to keep its doors open if the city went into a second lockdown. He says he’s doing his best to remain optimistic regardless. 4:19

“There are various reasons why voluntary repayments have been made: if applicants applied in error for a CERB payment from both Service Canada and the CRA for the same period, if an applicant later realized that they were not eligible for the benefit, or if an applicant returned to work earlier than expected,” CRA spokesperson Christopher Doody said in an email.

Conservative MP and national revenue critic Philip Lawrence said he blames the high number of repayments on the federal government failing to explain the benefit programs to Canadians.

“During the pandemic, the Liberals continuously sent mixed messages to Canadians who were applying for emergency benefits. This caused confusion for many Canadians who were unclear if they were eligible for the benefits or not,” Lawrence said.

What’s happening in the rest of Canada

As of 10:45 a.m. ET on Monday, Canada had 166,771 confirmed or presumptive coronavirus cases. Provinces and territories listed 140,784 of those as recovered or resolved. A CBC News tally of deaths based on provincial reports, regional health information and CBC’s reporting stood at 9,486.

Canada put health-care workers at risk of contracting COVID-19 and taking it home to their families because it failed to learn lessons from Severe Acute Respiratory Syndrome in 2003, a new report says.

Mario Possamai, who authored the report and was senior adviser to a two-year commission on SARS, outlines multiple shortcomings by the Public Health Agency of Canada.

The agency was established to respond to emerging infectious diseases after an early recommendation by the commission investigating how the SARS epidemic that killed 44 people arrived in Canada and spread, mostly in Ontario.

Hundreds of people died of SARS elsewhere, including in China and Taiwan. However, Possamai says in the report released Monday that unlike Canada, those countries heeded the warnings from SARS, which he calls “a dress rehearsal for COVID-19.”

Possamai says in the report that the safety of workers, from those in long-term care homes to respiratory technicians and nurses and doctors in hospitals, has been ignored.

The report says union sources suggest 16 workers died of the pandemic, though official reports put the number at 12 deaths, and that Canada’s infection rate among health-care workers is four times that of China.

“After receiving confirmation of positive cases within our community, we quickly responded and have moved into our next phase of pandemic planning to manage cases and keep the community safe,” Chief Raymond Keeper said in a joint news release from the First Nation and the Assembly of Manitoba Chiefs.

On Sunday afternoon the province declared an outbreak in the remote northeastern community and moved the region to the red, or “critical,” level under its pandemic response system

Several people tested positive for the illness caused by the novel coronavirus after attending events at the local recreation centre between Sept. 24 and 27, the province said in a news release earlier Sunday.

Strict new rules have been implemented for people on the First Nation: no public gatherings are allowed, only one person per household can leave to get necessities and people have to wear non-medical masks when they go out — but those who work in essential services will still be allowed to go to work.

In Ontario, the remainder of a curling tournament has been cancelled after a player was notified by the COVID Alert app they had contact with a person who’s tested positive for COVID-19.

The Stu Sells Oakville Tankard was being played at the KW Granite Club in Waterloo. The Twitter account of the Brad Jacobs rink confirmed the cancellation of the remainder of the playoff rounds on Sunday afternoon.

“As a contact of a contact, other players are not required to isolate, but due to the nature of the virus, we will cancel the playoff round at this time,” organizers told CBC Sports in a statement.

Organizers said all players participating in the tourney were required to download the COVID Alert tracing app, and the decision to cancel the remainder of the event was out of an abundance of caution for the safety of all participants.

What’s happening around the world

According to Johns Hopkins University in Baltimore, the global total of confirmed coronavirus cases stands at more than 35.2 million. More than 1,038,000 people have died, while over 24.5 million have recovered.

The head of emergencies at the World Health Organization says its “best estimates” indicate that roughly one in 10 people worldwide may have been infected by the coronavirus.

Dr. Michael Ryan, speaking Monday to a meeting of the WHO’s 34-member executive board focusing on COVID-19, said the figures vary from urban to rural, and between different groups, but that ultimately it means “the vast majority of the world remains at risk.”

In the United States, President Donald Trump was hoping for a Monday discharge from the military hospital where he is being treated for COVID-19, a day after he briefly ventured out while contagious to salute cheering supporters by motorcade in a move that disregarded precautions meant to contain the deadly virus that has killed more than 209,000 Americans.

White House officials said Trump was anxious to be released after three nights at Walter Reed National Military Medical Center, where doctors revealed on Sunday that his blood oxygen level dropped suddenly twice in recent days and that they gave him a steroid typically only recommended for the very sick.

WATCH | Under treatment for COVID-19, Trump surprises supporters outside hospital: 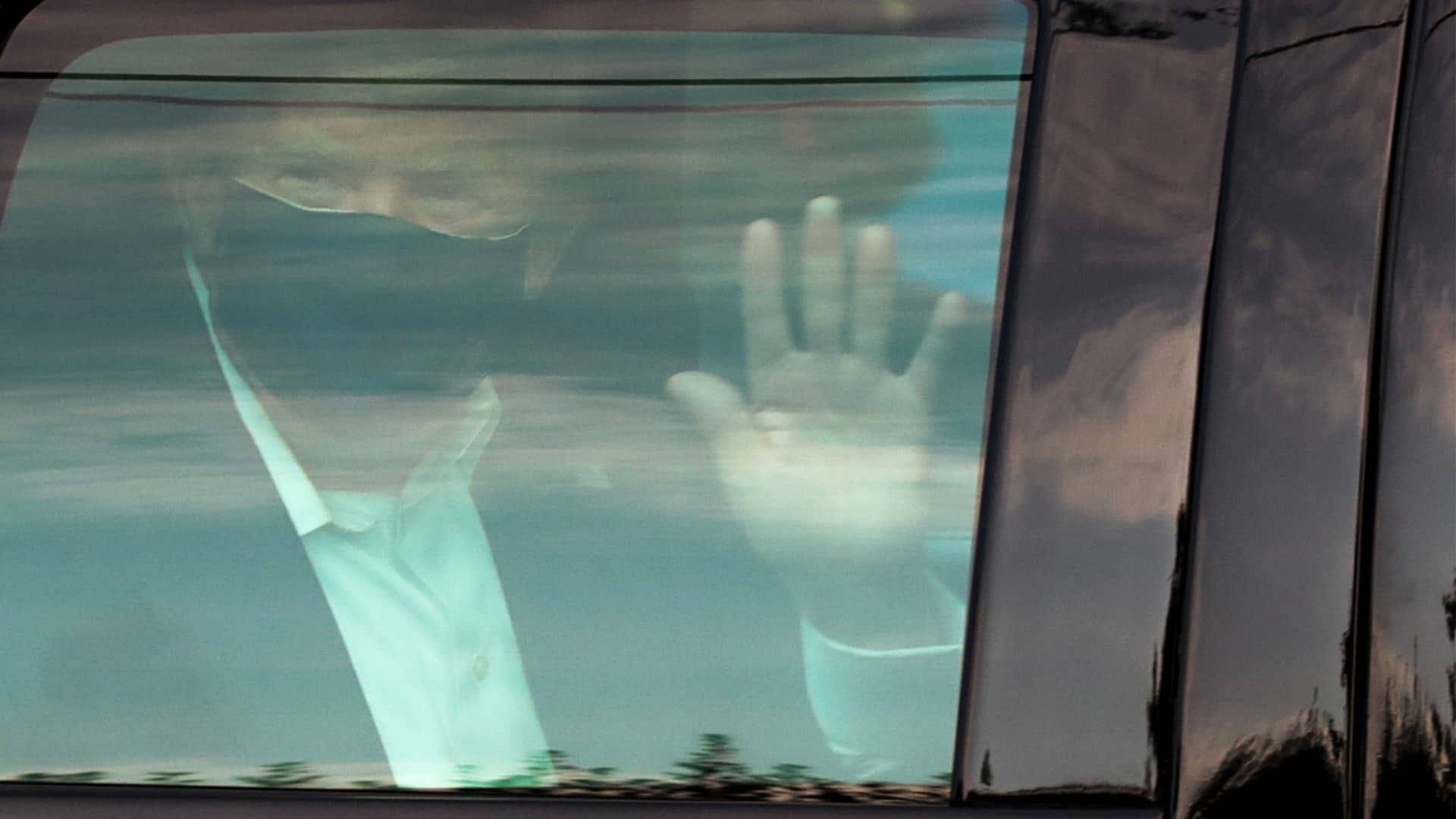 U.S. President Donald Trump in a motorcade waved to supporters gathered outside a hospital where he is seeking treatment for COVID-19. 0:59

Still, the doctors said Trump’s health is improving and volunteered that he could be discharged as early as Monday to continue the remainder of his treatment at the White House.

“This is an important day as the president continues to improve and is ready to get back to a normal work schedule,” White House chief of staff Mark Meadows told Fox News on Monday.

He said the determination on whether Trump would leave the hospital won’t be made until later in the day after the president is evaluated by his medical team, but that Trump was “optimistic” he could be released Monday.

French authorities placed the Paris region on maximum virus alert on Monday, banning festive gatherings and requiring all bars to close but allowing restaurants to remain open, as numbers of infections increased rapidly.

Paris police prefect Didier Lallement announced the new restrictions would apply at least for the next two weeks. “We are continuously adapting to the reality of the virus. We are taking measures to slow down (its spread),” he said.

Starting on Tuesday, bars will be closed in Paris and its suburbs. Student parties and all other festive and family events in establishments open to the public will be banned.

Restaurants will remain open under strict conditions. They include a minimum one-metre distance between each table, groups limited to six people instead of 10 previously, and a request to register customers’ names and phone numbers to help alert those who may have been exposed to someone with the coronavirus .

The director of the Regional Health Authority, Aurélien Rousseau, said about 3,500 new cases of infection are confirmed on average each day in the Paris region, and 36 per cent of ICU beds in the area are occupied by COVID-19 patients.

European Commission president Ursula von der Leyen and one of her European Union commissioners have placed themselves in isolation after being in contact with people infected with the coronavirus.

In a message posted on Twitter Monday, the head of the EU’s executive arm said she took part in a meeting last Tuesday that was attended by “a person who yesterday tested positive.” Von der Leyen was on a two-day trip to Portugal last Monday and Tuesday.

Her office announced she tested negative on Monday but that she would remain in quarantine until Tuesday in accordance with Belgian health precautions.

Research Commissioner Mariya Gabriel also announced she was self-isolating after a member of her team had tested positive.

Also on Monday, Malaysian Prime Minister Muhyiddin Yassin said he will self-quarantine after a cabinet minister he was in contact with tested positive for the coronavirus.

Muhyiddin had chaired an Oct. 3 meeting attended by Religious Minister Zulkifli Mohamad Al-Bakri, who confirmed Monday he has been hospitalized for treatment.

Cases in the country have soared in recent days, hitting a record high of 432 on Monday. Malaysia’s tally of virus cases is at 12,813 with 137 deaths.

India has registered a single-day spike of 74,442 new coronavirus cases, driving the country’s overall tally since the pandemic began to 6.6 million.

The Health Ministry on Monday also reported another 903 virus deaths in the past 24 hours, taking total fatalities up to 102,685.

India has reported the second-most infections globally after the United States, but its daily new infections are now on a downward trend, though still the highest in the world. The number of active virus cases in the country has also remained below one million for the past two weeks.

The country’s recovery rate stands at 84 per cent, the highest in the world, with more than 5.5 million people recovered from coronavirus so far, according to the Health Ministry.