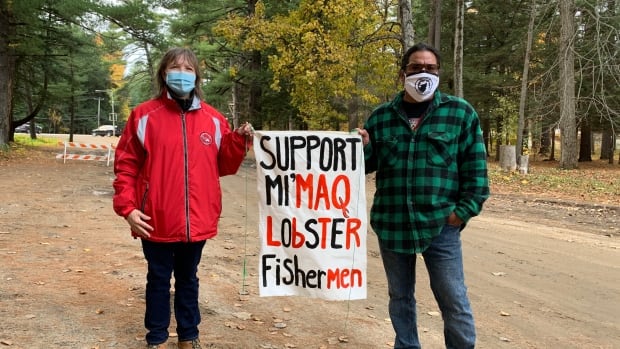 The two Mohawk communities near Montreal organized convoys along major highways on Sunday to show support for Mi’kmaw fishers in Nova Scotia.

Several dozen vehicles — including diggers and ATVs — left the Mohawk community of Kanesatake, northwest of Montreal, around noon and headed east along Highway 640.

Around 1 p.m., a similar convoy left Kahnawake, a Mohawk community southwest of Montreal, and headed toward the Mercier Bridge.

Mi’kmaw fishers in Nova Scotia have been the target of increasingly violent protests since launching a livelihood fishery in Sipekne’katik First Nation last month.

Though the Supreme Court has recognized the right of Mi’kmaw fishers to earn a “moderate living” through fishing, commercial fishermen oppose the practice.

Commercial fishermen, angry at off-season lobster fishing, raided a facility on Tuesday where Mi’kmaw fishers were storing their catch.

The chief of Sipekne’katik First Nation was assaulted on Wednesday. The lobster pound was destroyed early Saturday in a fire that police have labelled “suspicious.”