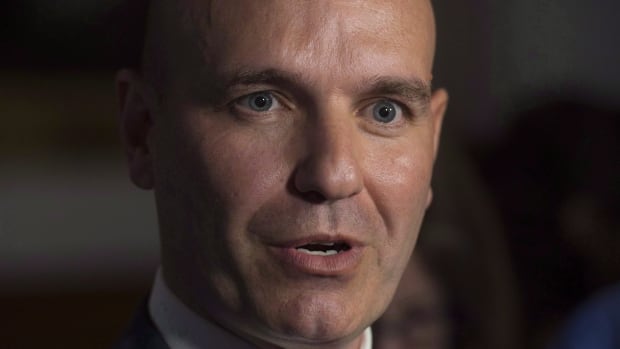 NDP candidate Nathan Cullen is under fire for comments about a Haida B.C. Liberal candidate, including disrespecting his nickname.

Cullen, who is running in the Stikine riding in Northern B.C., was participating in an all-candidates’ forum in Smithers on Thursday when he made dismissive remarks about Liberal candidate Roy Jones Jr., who is competing in the North Coast riding, also in Northern B.C. Incumbent Jennifer Rice is the NDP candidate for North Coast.

Video of the comments has been circulating on Twitter Saturday. Cullen can be heard but not seen.

“It reminds me to phone [newspaper reporter and editor] Rod Link,” Cullen said. “I heard him on CBC… I didn’t hear what he said about Stikine but he said, well, up on the North Coast there’s this guy I know who’s running for the Liberals.”

“He’s not well liked in his — he’s Haida — in his own community. He’s like, he’s really going to give Jenn a run for her money,” Cullen is heard saying to an unknown person.

Cullen has tweeted an apology and also briefly mentioned the issue at a livestreamed NDP event with Rice and former Prince Rupert Coun. Joy Thorkelson on Saturday.

I apologize unreservedly for my comments and have done so personally to Roy. I need to, and will, do better.

“I’ve since spoken with Roy and apologized to him and spoken with other Haida leadership,” Cullen said.

“It was wrong what I said. I take it back entirely and I apologize for the harm that I’ve caused Roy.”

His apology is not sitting well with, Jones, however.

Jones said Cullen called him Saturday morning and asked him to accept an apology.

“I just said no. I refused,” Jones said. “He owes an apology to the Haida people.”

The “Kinkles” name, he said, came from a Japanese grocer on Haida Gwaii who was friends with his parents. She gave it to him as a toddler but it’s stuck and everyone knows him as Kinkles.

“Even on my fire jacket, I wear on the sleeve, it’s got ‘Kinkles,'” he said. “I’ve got a lot of pride in where my names came from.

“If somebody wants to be bum about it, that’s what they do, I guess. When you’re a public figure, you just don’t do those things.”

Jones also felt it was inappropriate for Cullen to claim to know what Haida people think of him and how Haida people will vote in the election.

The president of the Haida Nation, Gaagwiis Jason Alsop, issued a statement on Facebook Saturday night saying Cullen did not owe the Nation an apology.

“For a man like Mr. Cullen to claim he has great relations with First Nations and worked with them for years, then you should have known that nicknames are a sign of affection in First Nations communities,” Ross said in a phone interview.

“To claim that he knew that people, even people in his own community didn’t like them? That is out the line to say that you presume to know what a first person thinks and what they don’t think.

The nomination of Cullen as NDP candidate for Stikine, a former MP, was controversial as an Indigenous woman, Anita McPhee, also sought to represent the party in that riding.

McPhee had served three terms as the president of the Tahltan Central Government for the Tahltan Nation.

The NDP’s equity mandate states that when a male MLA retires, he has to be replaced by a member of an equity-seeking group, such as a woman or an Indigenous person.