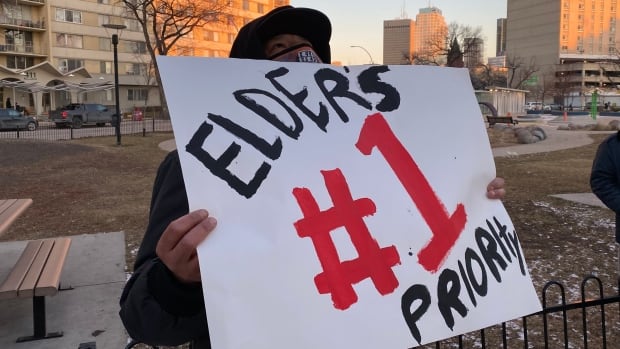 The number of COVID-19 cases among First Nations people in Manitoba continues to climb at a rapid rate, with 527 new cases reported in the past week alone.

The latest numbers, released Friday by the province’s First Nations Pandemic Response Coordination Team, bring the total number of COVID-19 cases involving First Nations people in Manitoba since the start of the pandemic to 2,155. Of those, 1,401 are considered active, including 531 cases on-reserve and 870 off-reserve.

More than half of Manitoba’s 63 First Nations have reported cases of COVID-19.

The test positivity rate among First Nations people in Manitoba is sitting at 18 per cent, compared to provincial rate of 13.7 per cent announced Friday.

There is also growing concern over the number of COVID-related deaths among First Nations people.

It’s been a tough few days, Anderson said Friday, with many feeling “the weight of the collective grief of that.”

“As someone who works in the system … [there is] the sense of urgency and the sense that we are doing the best we can for sure, but it is still not enough to be preventing these deaths. It is a really heavy weight to carry for everybody,” she said.

Within the province, Anderson said, there are concerning trends for the population as a whole.

She highlighted the importance of even tighter provincial restrictions that came into effect Friday. A five-person limit on public gatherings remains in place, but now, no visitors are allowed in private residences, with few exceptions.

Anderson said people will need to start rethinking how they can celebrate Christmas.

“I think it is unrealistic to think we are going to be in a place where gathering is going to be safe. Start to think now about how the things that are important to us during Christmas — sharing, food, giving gifts, connecting — how we can do that in different ways.”

She points out Manitobans will see the impacts of what they do during the holiday season about two weeks later.

Anderson also called Friday for enhanced supports for Indigenous people at risk for getting COVID in urban areas. Those supports should include closer ties with HealthLinks, a call centre in the north, and access to quicker testing, she said.

It’s also vital to be “aggressive” about getting people into isolation to stop the spread of the illness, Anderson said, which is more likely to happen in overcrowded housing.

She pointed out First Nations people make up a disproportionate percentage of those who are inadequately housed or homeless.