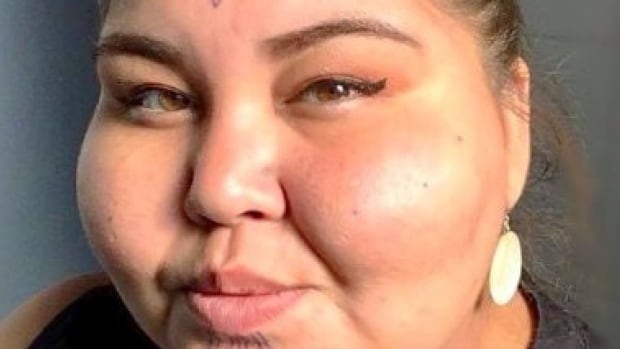 Women from First Nations communities in New Brunswick have a new online store to help find a bigger audience for their art and to make up for sales lost to COVID-19.

The site is called Nujintuisga’tijig E’pijig, which means “Indigenous women salespeople or vendors” in the Mi’kmaq language, and currently features 16 artists — but there is room for up to 30.

Leona Newkinga, a Mi’kmaw and Inuit woman who lives in Elsipogtog, has her bead work featured on the site. She hopes it can bring a bigger audience to her work.

“My goal is to reach more people,” said Newkinga.

She already has  pieces with Buffy Sainte-Marie and Jeremy Dutcher, but she’d like her work to go all over the globe.

“I was thinking to myself, ‘Wouldn’t that be amazing if, like, one of my pieces were like further than I have ever been?” she said.

Newkinga started beading about five years ago and said she wasn’t very good at first, “so the prices were really cheap.”

But she honed her skills after a disappointing exchange with a potential customer who was inspecting something Newkinga had for sale at a craft sale.

“This woman, she says ‘Your work is only worth five bucks’ and that devastated me because I put hours into it,” said Newkinga.

“I knew I wanted to be at a point where nobody can negotiate prices,” and she accomplished that.

Newkinga said people seem to have a new respect for Indigenous art in the last few years.

“From when I first started out to now, it’s the big difference,” she said.

Newkinga said COVID-19 hurt her income because she runs a business selling Indian tacos at pow wows over the summer, and those haven’t happened this year. COVID-19 also put a damper on her creative output.

“I try not to bead if I’m not feeling good or anything like that, because everything, your energy, is woven into your pieces,” she said.

But, Newkinga said she’s back at it and recently received a sparkling new shipment of beads.

She hopes the website will help sell her newest creations.

Tahnee Simon started beading after her grandmother showed her how to make a flower when she was in grade school.

Over the years, Simon would put her beading aside, but she always came back to it.

“I could drown in it for like three to four hours and not realize how much time went by,” she said.

Simon has a full-time job with Mi’kmaq Child and Family Services but decided to bead professionally as a ‘side-gig’ after a co-worker suggested it.

“I was super nervous because, I’m not the one to be the centre of attention or, like, have my name out there,” said Simon.

“It was a big step for me but I’m happy I did it because I love seeing customers wearing my work and it still feels awesome.”

Simon is happy to be part of the pilot project and hopes people enjoy her work.

“I thought it was such a great idea to get all Indigenous women names out there and give the public an idea of what we can do,” said Simon.

If the site takes off, Katherine Lanteigne, director of Women in Business New Brunswick said the project could be opened up to other Indigenous women in Atlantic Canada.