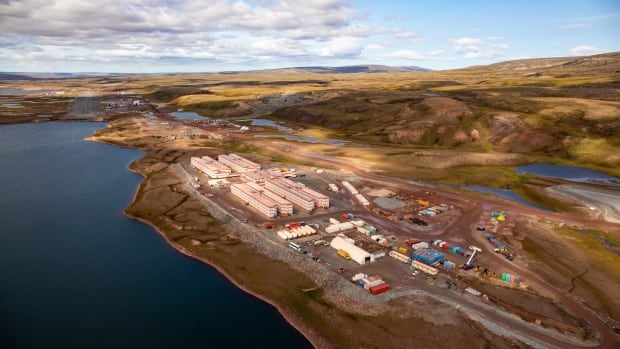 With final environmental hearings for a production expansion at Mary River Mine set to start in Pond Inlet, Nunavut, in two weeks, the community’s municipal council says it is prepared to support the project if the mine owners agree to gradual production increases.

Instead of seeing output at the mine immediately double from six million to 12 million tonnes of iron ore shipped out annually, the hamlet is asking Baffinland Iron Mines Corporation to only increase output by 1.5 million tonnes each year.

“The Hamlet of Pond Inlet will not support the phase two project unless Baffinland agrees to a proposal to phase in the shipment of 12 million tonnes or ore per year, in yearly increments of 1.5 million tonners per year,” Pond Inlet Mayor Joshua Arreak said in a recent letter to the Nunavut Impact Review Board.

The municipal council for the Qikiqtaaluk community closest to the north Baffin mine said this will help the community monitor changes to the land, water and wildlife.

“Making a large change that may affect an ecosystem, and then studying the results and attempting to manage these changes after the fact amounts to conventional, reactionary, and often crisis management,” the letter said. “It is entirely inconsistent with the concept of adaptive management.”

The upcoming hearings run from Jan. 25 to Feb. 6. They will include a technical hearing in the first week, and a community round table discussion during the second week.

After multiple delays and renegotiations spanning the last few years, these are expected to be the final hearings on Baffinland’s proposed expansion.

The municipality has three other conditions for giving its approval of the project.

It is asking for an increase in Inuit employment at the mine.

Currently, all Nunavut residents who work at the mine are unable to visit the site because of the COVID-19 pandemic. Baffinland is continuing to pay wages for direct mine employees.

Next, it wants to make sure no shipping takes place until two weeks after ice is broken up for the winter near Milne Inlet and Eclipse Sound.

Finally, the hamlet says it is prepared to support an existing benefit agreement reached between the Qikiqtani Inuit Association and the mining company. In the summer, mayors in communities near the mine critiqued the Inuit Certainty Agreement for not having included enough community input.

The Hamlet of Pond Inlet says it will support the agreement — which Baffinland president Brian Penney has said will be worth more than $1 billion over the life of the mine — if the community gets more details on a plan to have Inuit stewards oversee, and have a say in, any environmental impacts from the mine expansion.

The municipality isn’t the only group in Pond Inlet that has suggested changes.

The community’s Mittimatalik Hunters and Trappers Organization submitted a motion asking for the hearings to be delayed until March, as residents await COVID-19 vaccines.

But Baffinland argued that a further delay would mean losing the 2021 sealift season if the project is approved.

The meetings are set to go ahead anyway. If they finish as planned, the Nunavut Impact Review Board will have 45 days to report its findings and recommendations about the expansion to the federal minister of Northern Affairs.

If necessary, the board can request an extension of 45 days.

The Canadian government has the final say over whether or not the mine expansion is approved.