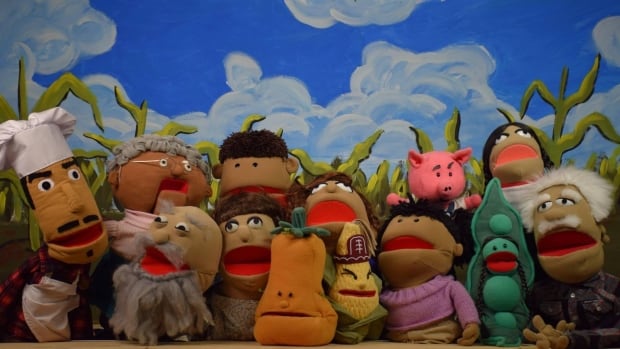 You may not be aware of it, but the small town of Kahnawà:ke is bursting at the seams with a vast array of language revitalization programs to bring back Kanien’kéha (the Mohawk language) from the brink.

In the late ’90s, when my father and I would go for breakfast, we talked about his work (he was a Kanien’kéha language teacher for elementary school children), my education (I was in college studying languages and literature) and the future. One morning, he was frustrated. He said as hard as he worked to find fun and creative ways to keep the kids speaking Kanien’kéha in class, they would all go home and speak only English at night.

That was the first time it dawned on me that our language could possibly fade out. As grateful as we were to have Kanien’kéha teachers at school, we needed something to get kids excited about speaking our own language. How do you get kids to speak Kanien’kéha on their own, when another dominant language is all around us?

I had been accepted into Concordia University to study film animation, and my long-term plan was to become part of the industry. But first, I wanted to make a little contribution to the fight for language revitalization in my community. I thought it would be brief, easily wrapped up and I would soon move on.

I did not see a few things coming. The Kanien’kehà:ka Onkwawén:na Raotitióhkwa Language and Cultural Center in Kahnawà:ke was already working on developing a Kanien’kéha children’s puppet program, and I would soon be hired as the director. The community would show a tremendous outpouring of support in resources of all kinds. The project would have a great impact on my life and identity.

The show is called Tóta tánon Ohkwá:ri. It runs from 10 to 60 minutes per feature depending on the season, the characters all speak Kanien’kéha and it is created by a small core team of Konwatsi’tsá:wi Phillips (production assistant, puppeteer and audio technician), Cory Aionwí:saks Phillips (camera and editor) and me (director, puppeteer, production co-ordinator). We also have a new branch to create print productions of the characters run by print design director Kiana Cross.

The main characters of the show are the grandmother (Tóta) and her grandson (Ohkwá:ri). The maternal grandmother is an important character to have for a matrilineal culture such as the Kanien’kehà:ka (one of five Haudenosaunee nations). Our clan system is passed down to the next generations through the maternal line and although the men are the chiefs, they can be removed by clan mothers if necessary. Tóta is a wealth of information on the importance of family and community. Ohkwá:ri is curious and rambunctious.

The show began with only these two characters, but after years of evolution and community consultation, it has expanded in many ways including an array of characters such as Ohkwá:ri’s parents, cousin, pets, wild animals, other kids, two old men, a chef, an environmental technician/scientist, corn, beans, squash and human body organs.

All these puppets have been created by a growing number of puppet builders in Kahnawà:ke with the purpose of promoting healthy lifestyles, compassion and awareness.

With these characters, we have captured and sustained the attention of the children since it began, but the team extends far beyond the four of us. There are translators (mostly elders, but the amount of proficient young speakers continues to rise), artists, on-call puppeteers and specialized prop builders such as Preston Jacobs who built the puppets an authentic birchbark canoe, as well as Brennen Deer, a talented woodcarver who has created water drums, storytelling canes and paddles over the years.

The show, with its objectives including to promote a positive identity of our culture, has been one of many projects in which our cultural items continue to live with, by and through us.

The greatest moments happen when we come out of our studio and act in live events. That’s when we see first hand the awe and excitement the children express for the puppets. We hope these moments stay with them for a lifetime. We hope that this show will act as a vessel to bring the language into their hearts, a continuation of how our grandparents did that for us, in their own way. But our language is still not totally safe from being lost. Intergenerational language transmission at home, involving three generations, is the key to success.

How do you get kids engaged in their language of heritage? One way has been to get many artists and language advocates together, to create characters they love in a new lively form, and to create situations around those characters that are relevant, helpful and soothing to the viewers.

In the span of one generation, we are already seeing the difference that can make.

Once a month on Let’s Go, we feature Indigenous Quebecers around Montreal. This month, we’re talking to a puppeteer named Marion Delaronde. Her work has screened in many Kanien’kehá:ka households. 20:12