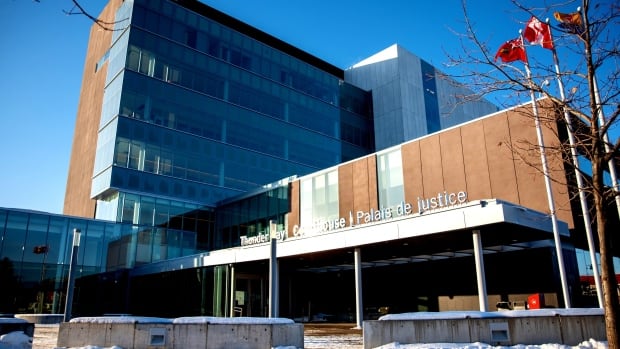 Reaction has been swift after lawyers for Thunder Bay police argued to exclude video surveillance of an Indigenous man being dragged inside the police station from an upcoming inquest on Thursday.

Indigenous leaders and academics are asking tough questions about the police services relationship with First Nations in the city and how to improve accountability.

The video footage at the centre of the pre-inquest hearing shows how Thunder Bay police officers treated Dino Kwandibens of Whitesand First Nation while in custody at the police station on Aug. 2, 2014, the same night Don Mamakwa, 44, of Kasabonika First Nation was arrested for public intoxication and later found dead in his cell.

A coroner’s inquest is expected to begin this spring and will examine the circumstances around the death of Mamakwa and a second Indigenous man, Roland McKay, 50, of Kitchenumaykoosib Inninuwug after he died in 2017, also while in the custody of Thunder Bay police.

During the virtual hearing, lawyers for Thunder Bay’s police officers and several officers argued the video should be excluded, saying the footage is irrelevant, outside the scope of the upcoming inquest and does not depict actions motivated by racism, but rather by frustration.

In response, lawyers for the families of Mamakwa and McKay argued the footage should be admitted because it shows how systemic racism in policing affects the treatment of Indigenous people in the city.

The hearing wrapped Thursday afternoon with presiding coroner Dr. David Cameron saying his biggest concern was ensuring the inquest remains collaborative so good recommendations can be made to prevent future deaths.

NAN says police video must be admitted to inquest

But just hours after Dr. Cameron closed the hearing, the Nishnawbe Aski Nation issued a statement supporting the position of the Mamakwa and McKay families, saying the video “must be allowed to be admitted as evidence.”

In the written statement, Deputy Grand Chief Derek Fox said, “the attempt by the Thunder Bay Police Service to suppress this evidence shows how far the police will go to cover up the truth about their treatment of Indigenous people in this city.”

The director of the Office of Independent Police Review, Gerry McNeilly, issued his report in December 2018 stating, “I find systemic racism exists in TBPS at an institutional level.”

NAN Grand Chief Alvin Fiddler added that to address “the very real issues of systemic racism that continues to pervade the police service, the full truth must be told … the families deserve nothing less.”

In her motion to exclude the video, legal counsel for the TBPS Holly Walbourne wrote that police chief Sylvie Hauth does not wish “to hide the existence of the video,” as she initiated an investigation once the video came to her attention.

But Walbourne wrote, the police have “been working tirelessly to rebuild its relationship with the Indigenous community [and] to allow the video of Mr. Kwandibens into the Inquest would prejudice these efforts.”

In response to that argument, Deputy Grand Chief Fox said, “it’s not a great relationship to start with.”

He added that the Nishnawbe Aski Nation has been working “very hard” with police chief Hauth since the Seven Youth Inquest in 2016 to address systemic racism in the force, but “if anything, this highlights the fact that we need to work harder. We need to form that partnership in a better way.”

“These people should not have lost their lives under the care of the police.”

In an emailed statement, TBPS spokesperson Scott Paradis pointed to annual progress reports and the breaking barriers webpage that highlight the organization’s changes made by police since the incident captured by the 2014 video surveillance.

Paradis said the changes reflected in the reports “show we are actively moving forward to constructively improve relationships and evolve as a police service.”

The video showing police treatment of Kwandibens only came to light in 2019, five years after the interaction happened, when the coroner’s office was reviewing evidence for the inquest.

During the virtual hearing, Aboriginal Legal Services lawyer Emily Hill pointed out that the accidental manner in which the video was discovered is a relevant detail for the inquest jury to consider.

Her written submission says that Kwandibens’ treatment was done “in the middle of the police station in plain view of other officers.” Yet the submission alleges that “no TBPS officers brought this matter to the attention of their superiors.”

And the question of how to improve police accountability is one that University of Toronto PhD candidate Erick Laming spends a lot of time thinking about. His research focuses on police oversight and its impact on Indigenous and Black community members.

Laming says there’s a misguided assumption that “videos on police or around police” will always improve accountability.

Indeed, one of the recommendations in the Broken Trust report is that police in-car and body-worn cameras are installed “to enhance public safety, contribute to officer training, reduce public complaints, prevent negative interaction between police and significantly increase public trust and confidence in police and policing.”

But Laming suggests the utility of cameras to improve trust with police forces is limited as investigations often take months, information on police misconduct is not always communicated to the police, or the footage simply is not reviewed.

One of his suggestions is a type of random auditing by independent, civilian personnel who would have “unfettered access to all video” to increase police oversight.

Laming admitted he hasn’t come across any police services in Canada that have implemented a similar program of random or “spot auditing,” citing expense, additional bureaucracy and police resistance as limiting factors.

He added, “again, if the public doesn’t know that it’s happening, what does that say about accountability?”

With files from Martha Troian.