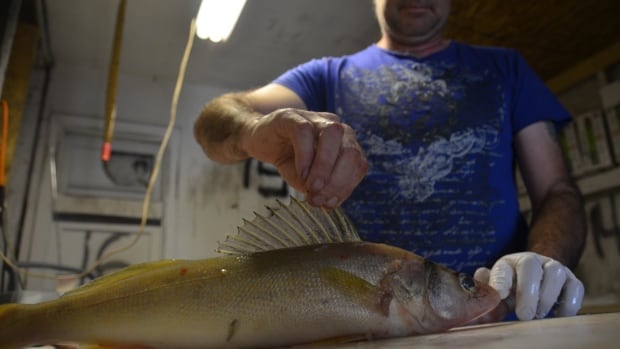 A trial underway this week could have far reaching implications for the Indigenous people of northern Ontario and across Canada.

The defence is arguing that no governments, not even First Nation chiefs and councils, can legally control hunting and fishing around Lake Nipissing.

There are 54 people on trial in a virtual courtroom based in North Bay, charged with violating Ontario’s hunting and fishing laws, as well as the commercial fishing laws of Nipissing First Nation.

They all admit to doing what they’re accused of.

But their lawyer Michael Swinwood argued the governments laying those charges have no authority to do so.

He said the Robinson Huron Treaty of 1850 was signed by Potawatomi people from the United States who didn’t actually represent the Indigenous communities of Lake Nipissing.

“We intend to show that there is no such thing as an Indian. It doesn’t exist,” Swinwood told the court Monday.

He said Nipissing First Nation is a colonial creation of the federal government and its Indian Act and that the people who lived around the lake at the time of the treaty signing were part of the largely forgotten Amikwa Algonquin Nation, which extended from Lake Superior to the Atlantic coast.

Swinwood argues Lake Nipissing and the land that surrounds it were never surrendered to the Canadian government, so it does not have the power to control who hunts and fishes there.

“A chief and band council only has authority under the Indian Act in relation to the reserve… they have no authority over Lake Nipissing,” he told the court.

Swinwood said he is making similar arguments in defending a man from Henvey Inlet First Nation south of Sudbury who is charged with operating an illegal cannabis dispensary.

Paul Gonsalves, the prosecutor for the Ministry of Natural Resources and Forestry, told the court that these 54 defendants for years have been enjoying the benefits of the treaty they now claim is worthless.

Eight of the defendants are commercial fishermen from Lake Nipissing and the remaining 46 were charged over the last 15 years with various hunting and fishing violations in the general area between Sturgeon Falls and Mattawa.

Gonsalves said even if the court accepts the defence’s argument about the rights of the Amikwa nation, some of the charges, including shooting a gun across a road and making false statements to a conservation officer, would still stand.

On the first day of the trial, district Ministry of Natural Resources and Forestry manager Mitch Goodwin testified on how after decades of conflict over fishing on Lake Nipissing, the province and the First Nation reached an agreement in 2016.

Under that memorandum of understanding, provincial conservation officers now help the First Nation enforce its fishing law, including restrictions on commercial fishing.

Nipissing First Nation Chief Scott McLeod also took the stand, saying the fishery law was approved in a plebiscite in his community in 2005 and has seen the pickerel population rebound in recent years.

“We’ve gone from people getting used to our law to just a standard practice,” McLeod said.

But Swinwood questioned that law, which states that the people of Nipissing First Nation have been fishing the lake “since time immemorial” even though the First Nation was created under the Indian Act in the late 1800s.

“Us as a nation has always been in existence, it might not have been called ‘Nipissing First Nation’ but we were a nation of people,” McLeod replied.

Swinwood asked the chief several questions about his community’s history, which McLeod said he wasn’t an expert in, but agreed with the lawyer that they have always been “part of a larger Algonquin Nation.”

“As a community we have oral history and we’ve always been part of the land here around Lake Nipissing and that’s stronger than any research,” McLeod said.

Swinwood also asked McLeod several questions about where his authority as chief comes from, suggesting the First Nation and it’s recently passed constitution or “ChiNaaknigewin” is wholly governed by the federal government and the Indian Act.

McLeod agreed that his community’s inherent Indigenous rights are “covered by Canadian legislation” but that “the bigger part of where we get our authority is from our own people.”

He did agree with Swinwood though that how his community is governed now is likely different from how it was done traditionally before colonization.

The trial continues this week and in the coming weeks is expected to hear from experts on Indigenous history.