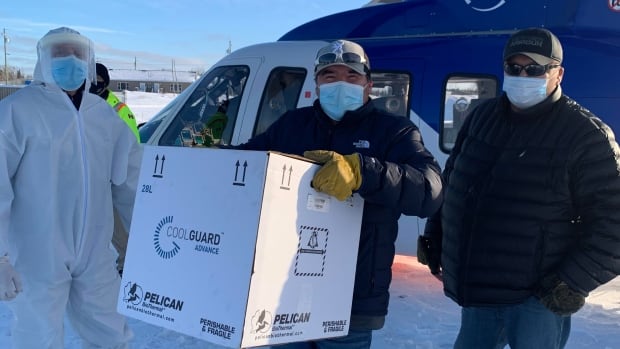 Members of the Canadian Armed Forces are being sent to Garden Hill First Nation to help battle a COVID-19 outbreak.

Indigenous Services Minister Marc Miller tweeted Tuesday night that help will be deployed to assist the northern Manitoba community as it battles an alarming rise in COVID-19 cases.

“Our region received approximately 900 vials of the 5,300 allocated to Manitoba First Nation communities,” he said.

The pandemic has caused a lot of uncertainty and fear among residents, McDougall said.

“Our communities have had to airlift members with more severe respiratory symptoms,” he said.

“We have lost community members to not only COVID-19, but also to suicide that are linked to this pandemic and mental health issues that are on the rise,” McDougall said.

The Assembly of Manitoba Chiefs is hosting a special Facebook Live meeting Wednesday at 3:30 p.m. with Miller as a guest. The goal of the meeting is to address the rising number of COVID-19 cases on Manitoba First Nations.

Members of the military assessed the situation in Garden Hill First Nation on Sunday. The fly-in community, about 475 kilometres northeast of Winnipeg, is under lockdown.