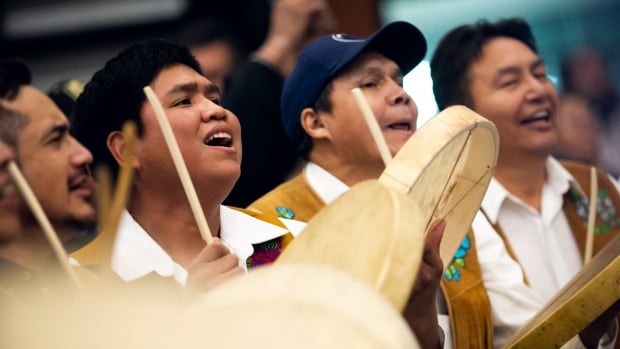 Less than one in 10 Indigenous Yukoners can speak or understand an Indigenous language, and young people across the North were far less likely to understand even a few words than their parents’ generation.

That is one among many observations given new weight by data from the 2017 Aboriginal Peoples Survey released this month.

The survey sampled more than 45,000 Indigenous people from across Canada to make educated estimates about everything from literacy rates to sexual health among Indigenous people. Much of the data it produces is not covered by ordinary census questions.

Datasets released in this month give estimates of how many Indigenous people speak or understand Indigenous languages and participate in traditional activities like hunting and crafting.

Aggregated data for all three territories shows about half of Indigenous northerners can speak or understand an Indigenous language “very well or relatively well.” But those speakers are unevenly distributed across the North.

While more than three-quarters of Indigenous Nunavummiut said they could speak an Indigenous language well, and more than 80 per cent could understand one, in Yukon, barely one in 10 people could claim the same.

More than a third of Indigenous Yukoners said they could neither speak nor understand an Indigenous language. The N.W.T. did not fare much better, with just under 15 per cent of respondents saying they could speak their language well.

Those numbers got significantly worse as the respondents got younger — even in Nunavut, where fluency is high. While nearly 95 per cent of Nunavummiut over 55 could speak their language well, less than 60 per cent of those aged 15 to 24 could claim the same.

The N.W.T. also saw a generational divide. Thirty-four per cent of Indigenous people over 55 could speak their language well — but less than 10 per cent of under-55s said the same.

Yukon was worst of all, with less than one in 20 Indigenous people aged 25 to 54 speaking a language fluently. Virtually no one under 25 claimed they could speak the language very well.

More positively, the new survey data also sheds light on traditional activities, which it shows are still an important part of northern life.

Nearly 60 per cent of Indigenous northerners said they hunted, fished, or trapped in the last 12 months, with the lowest percentage in the N.W.T., where 46 per cent did so.

Nunavummiut were the most prolific harvesters, with nearly half saying they hunted, fished or trapped once a week, compared with less than a quarter in Yukon and the N.W.T. who said the same.

In all three territories, gathering wild plants was also a common activity, with more than a third of Indigenous northerners and nearly half of Indigenous Yukoners taking part.

In most places, younger generations were just as likely as their parents to have hunted, fished, trapped, or gathered in the past year.

The survey also asked whether respondents had made clothing, footwear, jewellery, or other artworks recently.

Here, too, Nunavut came out ahead. More than a third of Indigenous Nunavummiut said they had made clothing in the last 12 months, compared with less than one in five in Yukon and the N.W.T.

But the tables were turned when it came to making jewellery, carvings, and other art. A quarter of Yukon respondents said they had done so in the last 12 months, compared to around 16 per cent of other northerners.

The survey showed how a strong gender divide still exists when it comes to who does these traditional activities.

Men were more likely to hunt, fish, or trap, while women were far more likely to gather plants or craft clothing. But both genders were equally likely to produce jewellery, carvings, or other art.

Another thing revealed by the survey results: these traditional activities are not big earners — or, at least, that’s not why people do them.

Less than 10 per cent of respondents said they harvested or crafted to supplement their income. Most of those who did so were in Nunavut.

The survey offers a statistical grounding for many long-observed facts of Indigenous life. In Nunavut, Yukon, and the N.W.T., Indigenous leaders have long voiced concerns about the lack of language proficiency among young people.

But the data also suggests young people are still being encouraged to pick up traditional activities, and shows how both practical and cultural considerations are strong motivations to keep traditions like hunting and sewing alive.