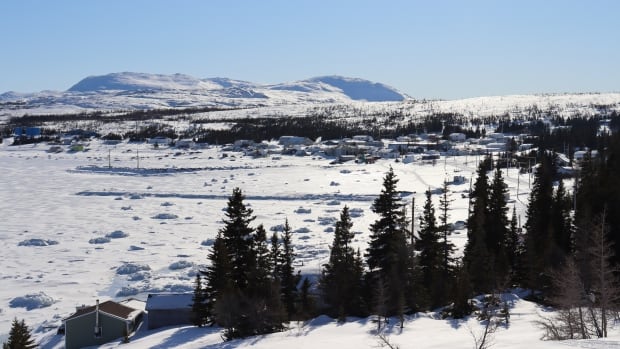 When community leaders in Makkovik found out that a presumptive case of COVID-19 turned out to be a false positive, there was a big sense of relief — but, they say, the scenario shows just how quickly things can change.

On Wednesday, a rapid test turned up a positive result, putting the Inuit community on Labrador’s north coast into emergency response mode.

The samples were sent to the public health lab in St. John’s, where two further tests showed by Friday that it had been a false positive, and the outbreak of the B117 variant of coronavirus had not, in fact, made its way to Labrador.

“Once the news came out from the Department of Health that this was a false positive, it was a huge sigh of relief,” said Barry Andersen, AngajukKâk of Makkovik.

If nothing else, I think it was a dry run and it was a good wake-up call.– Barry Andersen

“The town started to come back to life again, stores reopened, the gas station reopened, that kind of thing. It was great to see.”

Andersen said he is proud of the way his community responded, offering messages of support to the person initially thought to have contracted the virus.

But while the result was a cause for celebration, it also proves how quickly things can escalate.

“I think that we have to remember that we are still in Alert Level 5 of the pandemic emergency here in the province, so we still have to remain vigilant and continue on with our household bubbles, as hard as that is,” Andersen said.

Gerald Asivak, Nunatsiavut’s minister of heath and social development, agreed, adding that he was “very pleased” with how things ran under their emergency plan.

Nunatsiavut, Labrador-Grenfell Health, and the provincial government, along with other community partners, all played their parts well, Asivak said, and the responses will be reviewed.

“I’d say positively that [there were] a lot of lessons learned. We’ve been rehearsing this and it worked out,” Asivak said.

“We’re always reviewing this plan — the what-ifs.… We have to continue to play our part, because it might come again. But we’re planning for this.”

While it’s a relief to know that there isn’t a case of COVID-19 in his community, Andersen said, the situation highlights the need for restrictions to limit spread of the virus among isolated communities.

“We’ve seen that it worked this time around. If nothing else, I think it was a dry run and it was a good wake-up call, I think for everyone — not only here in Nunatsiavut, but all the Labrador coastal communities — that we have to be vigilant, we have to be prepared,” Andersen said.

“We … have to be prepared for the virus to show up here in any of our communities. It’s so important, especially with the new variant, which they say is must more contagious and can easily spread. If you have a community plan in place, you need to follow that as best you can, I think, for any community in the province, especially … in Labrador.”