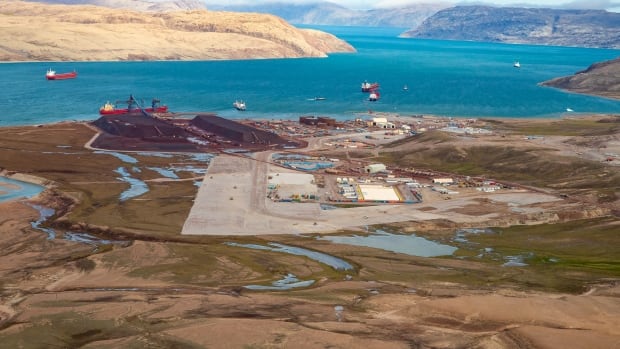 The MLA for Pond Inlet is criticizing the Nunavut government for taking a back seat in negotiations for the Mary River mine expansion.

In the legislature Monday, David Qamaniq urged the territory to be more vocal about the expansion that, if approved, would see production double from six to 12 million tonnes a year at the iron ore mine on north Baffin Island.

Protestors blockaded the mine’s airstrip and trucking road earlier this month over the expansion. The protestors — hunters from nearby communities — say the expansion would infringe on their land and harvesting rights and create environmental damage to marine life.

The mine expansion is currently being considered in environmental review hearings. The government of Nunavut is at the table for the negotiations, but doesn’t have authority to make decisions about the expansion.

In Nunavut, the land claims mandates that mineral development projects on Inuit-owned land are reviewed by the Nunavut Impact Review Board (NIRB) and managed by the regional Inuit organization, in this case, the Qikiqtani Inuit Organization (QIA).

Qamaniq said he understands the territory cannot dictate how the land claim process runs, but he wants to see more communication happen between leadership to make sure Inuit rights are protected.

While his constituents support “reasonable natural resource development” and job training that leads to “a decent living for their families,” Qamaniq says, “there’s a risk of damage to our land and water and wildlife that cannot be undone.”

“There’s also a growing sense of frustration among many of my constituents regarding the way in which the economic benefits from the mine are being allocated,” he said.

In response, Minister of Environment Joe Savikataaq, who is also the premier, stood by the existing environmental review being done for the proposed expansion. That review has been underway since 2014.

He said the NIRB is doing its duty by weighing the pros and cons of an expansion.

“Whenever there’s a development, there is going to be some negative effects. We know that,” he said.

Savikataaq also said the government cannot alter a process that is mandated by the land claim agreement.

“It’s the process that was mapped out when we signed our Nunavut Agreement,” Savikataaq said. “I fully trust and I fully believe in NIRB doing the process for any development that will be going on within Nunavut.”

At recent hearings for the mine expansion, the review board was criticized by community participants who said its legal review process was not serving Inuit.

As for the allocation of financial benefits at the mine, Savikataaq said communities need to bring their concerns to the Qikiqtani Inuit Association, and not to the government of Nunavut.

“It’s between the Inuit of the communities and the Inuit association,” he said. “We will not dictate to QIA and to the communities on how they should negotiate or what benefits that they may get from the mine.”

NIRB has yet to make its recommendations to the federal government about the expansion project. A next set of hearings will take place in Iqaluit starting on April 12.