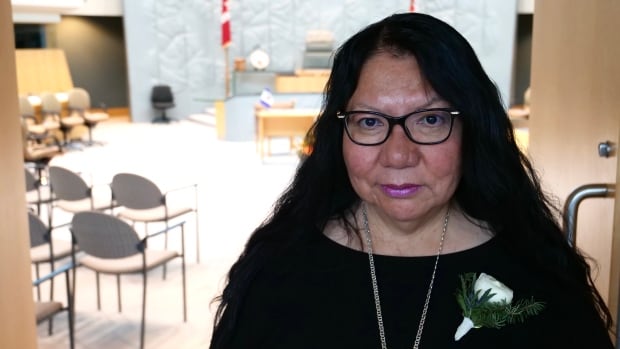 N.W.T. MLAs seek a slew of mechanisms to improve addictions treatment in the territory including aftercare and permanent funding for harm reduction measures like managed alcohol.

Thebacha MLA Frieda Martselos said there are no adequate aftercare programs to support people in their recovery. She wants three facilities staffed with mental health workers built in the South Slave, central N.W.T. and the Beaufort Delta to provide those programs.

“With the structure and routine suddenly gone, when they return home, people can easily slip back into their addictions,” she said.

Health and Social Services MInister Julie Green said there are no firm plans to construct those facilities, but a working group in her department is considering aftercare in the N.W.T and an addictions recovery survey that is currently being conducted will inform that work.

Dehcho MLA Ron Bonnetrouge said he wants an alcohol and drug counsellor in his community who is not affiliated with the government.

“(Alcohol) is also affecting many of our youth and young men,” said Bonnetrouge, adding there a few culturally-relevant services in communities.

“We see a unique opportunity here to hire these N.W.T. residents who have the specialized counselling training and to bring them into our communities,” said Green.

The department of health recently reformed its community counselling program to allow same-day appointments without a wait list, and walk-in availability for 19 communities.

During the pandemic, the territorial government established some managed alcohol programs that delivered alcohol to prevent withdrawal. Other programs, such as the one Spruce Bough, have some clients provided access to alcohol, tobacco and cannabis as determined by a physician.

MLA Rylund Johnson said harm reduction measures should be continued beyond the pandemic and sustained through government long after the COVID-19 money dries up.

“As these programs emerged, they were not fully funded or true managed alcohol programs,” he said,. He added they require medical professionals and social workers for supervised consumption.

Green said her department has a mandate to establish a managed alcohol program in the N.W.T.

“We are currently exploring options to make that a reality,” she said.

The health department is gathering data from programs in Yellowknife and Inuvik where managed alcohol was provided during the pandemic. The information should be analyzed by the spring, said Green.

Spruce Bough is funded until September 2021, and Green says the department will work with the Yellowknife Women’s Society to sustain the program once funding expires.

“People struggle with housing stability and affordability especially during after care and post treatment,” said Semmler.

Green said local housing organizations should be made aware of community counselling programs and that previous pilot programs, like a navigator position in Behchokǫ̀, showed promise.

He said the territory profits off of alcoholism but doesn’t help people struggling with addiction.

In 2019, for example, the Northwest Territories Liquor and Cannabis Commission made $33 million.

Finance Minister Caroline Wawzonek said the money goes into the consolidated revenue fund, which is spent on all departments in the N.W.T., including health and social services, and housing.

Green said the health department is reviewing its spending in the face of rising health care costs.

The N.W.T. will try to contain costs internally but that plan will not be made public, said Green.