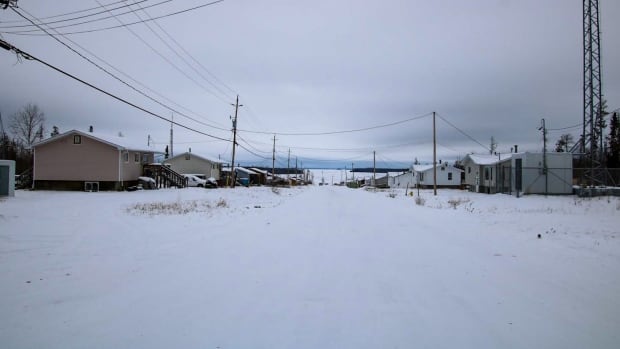 A state of emergency has been declared by Neskantaga First Nation after a number of its members living off-reserve tested positive for COVID-19.

Chief Chris Moonias says six per cent, or 12 of the 217 members living off-reserve, have tested positive for the virus. That includes one person in critical condition at the Thunder Bay Regional Health Sciences Centre.

The declaration requests that Indigenous Services Canada fund emergency housing “to accommodate the homeless population who have been forced off-reserve due to a lack of housing,” and states that Neskantaga does not have the financial or human resources to address the emergency.

“Our people are tired. Some of [our staff] are working until after midnight to make sure that ones that are isolated in Thunder Bay continue to be safe,” Chief Moonias said.

This is the result of “legacy issues,” the First Nation Chief said in an interview with CBC.

Neskantaga has less than 80 houses to accommodate nearly 500 citizens of the First Nation, which can mean up to 14 people and multiple families living in the same house.

Chief Moonias added this means members of the First Nation often leave and end up in urban centres like Thunder Bay, Ont., where “some of them fall into homelessness, mental health issues and addictions.”

“We just want them home and to provide them a home,” he said.

The Chief added they have a backlog of more than 100 homes that need to be built, but even the five houses that were recently started through the Canadian Mortgage and Housing Corporation have seen their completion dates delayed by the pandemic.

A fact sheet accompanying the press release explained that the community doesn’t have capacity to support necessary isolation for Neskantaga citizens that want to return home. That’s on top of the existing water, health, social services and other infrastructural deficits in the First Nation as a result of chronic underfunding.

During a press conference Wednesday morning, senior assistant deputy minister Valerie Gideon with Indigenous Services Canada said the government had not yet responded to Neskantaga’s state of emergency.

But she added, “we certainly do have some funding resources that we can leverage in order to provide support to First Nations that are living away and are directly affected by COVID, or are feeling extremely vulnerable to an outbreak situation there.”