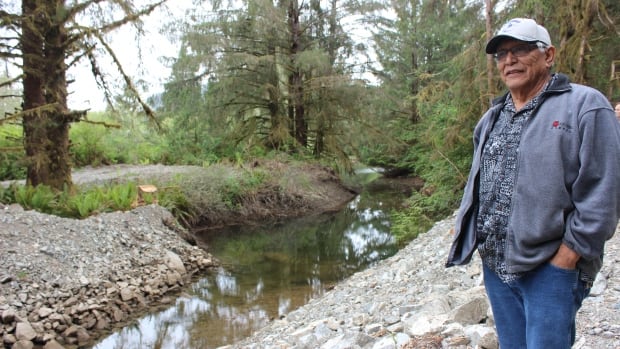 A new agreement between the Huu-ay-aht First Nation and the union representing forest industry workers on Vancouver Island means the two will lobby the B.C. government together for access to uncut wood in the Alberni Valley area — and the economic benefits that come with it.

The nation and United Steelworkers Local 1-1937 have signed a memorandum of understanding focused on getting the province to give Tree Farm Licence 44 (TFL 44) undercut access to the Huu-ay-aht and create jobs through early retirement and training initiatives.

Undercut is the term used for timber that a tree farm licence owner could have harvested within a five-year term but was left in the woods. If it is still on the stump at the end of term, the province can give it away to another company or nation, or turn it into community forest.

The Huu-ay-aht Nation has an ownership stake in the land purchased from Western Forest Products and the new agreement is, according to the nation’s chief, “a big step” toward reconciliation and economic benefits for both nation and union members.

He told CBC All Points West guest host Rohit Joseph that prior to the deal, there was only one nation member in the local union.

Local 1-1937 president Brian Butler said the union is looking at its collective agreement “to make changes that allow openings.”

He said that can be likely done by retiring union workers early, saying the workforce is aging and there would probably be some volunteers for early retirement.

“Having a secure tenure holder who has interest in the region… it’s important to us.” said Butler. “It really is a win-win scenario to have more First Nation members join our union and work on the TFL.”

And there is interest among the Huu-ay-aht membership in working on the TFL, according to Dennis, who said the nation recently held an introduction to forestry training course that nine people enrolled in. Most of those people are now working in the industry.

In pursuing the goals of the agreement, the parties will be guided by Huu-ay-aht’s three sacred principles: hishuk ma tsawak (“everything is one”); uuathluk (“taking care of”); and Iisaak (“utmost respect”) and a strong commitment to reconciliation and meeting the principles and standards of the United Nations’ Declaration on the Rights of Indigenous Peoples.

“[It] honours our sacred principals of hereditary chiefs and recognizes our treaty rights,” said Dennis. “Those are important reconciliation issues.”

The Huu-ay-aht Nation is based in Pachena Bay near Port Alberni, B.C. and is a member of the Nuu-chah-nulth Tribal Council. It is a signatory to the Maa-nulth Final Agreement, which came into effect in 2011. The treaty recognizes the nation’s full ownership and jurisdiction over more than 8,200 hectares of land within its territories.

A new Memorandum of Understanding between the United Steelworkers Union and the Huu-ay-aht First Nations hopes to bring jobs, training and progress towards reconciliation. Steelworkers local president Brian Butler and Huu-ay-aht Chief Councillor Robert Dennis Sr. talk about the plans. 11:48